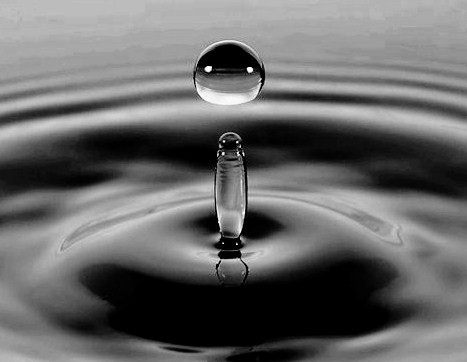 Can I put new computer parts into an old case? Answered

I want to get great new parts and put them in my first computer's case.

Well, yea, you could do that, but there are factors you have too look for before you do that. 1. Is the power supply sufficient, to power the new components. Most likely that it isn't, it is probably too low. 2. Space, some configurations require more space because of the coolers and fans that the need to not over heat. If you get the mother board that basically touches all the edges, that's not good, you have a hazard that when ever it is a bit warmer inside the computer overheats and restarts. Personally, I would just save up and buy a computer case, the sales man that should know a bit about the computers will tell you what case... You have to know you configuration to know what power supply does it need. I recommend you install 2-3 fans, I have a great configuration, I can play the newest games on full (high), but when it is about 26-27 C" my computer restarts every 15 mins... I got some new fans and the problem disappeared! ALL IN ALL: YOU COULD USE YOUR OLD COMPUTER CASE(if everything is OK, like the power i told you and the size....) BUT IT IS BEST THAT YOU BUY A NEW ONE(it doesn't cost much and it is basically a guarantee that you won't have problem whit low power or over heating!) Hope it helps! :D

yes you can, i did it before 8 years ago with an ibm PCjr, it was the one that had the 2 floppy drives, expansion slot and extra memory, so the case was big, i put a cd-rom in the floppy port bay, the harddrive was in the side expansion, the mobo was mounted in the bottom of the case, and the power box i had to dismantle and install with a fan to keep it cool, and the original fan i left in it, it was nice to use until my father "thought" it was an old pc from dos age and just burned it, :( pissed me off so bad. it took me a month to get it the way i wanted it, now ill never get a case like that ever again, i have searched, sad thing is i only paid 8 bucks for the pc and original keyboard of the ibm PCjr, now if i can get my hands on either the apple 2e or the IIgs ill be startin again since technology is smaller now a days :)

I was actually wondering the same thing, we had a 1gb Windows 95 that had one of those variable power supply switches on the back. I blew it up, and, frankly, good bloody riddance to it.

Yes. Drive bays are essentially all the same size (I know I'm oversimplifying, but in general, it's true).

possible, but make sure that your case is the right size

Well my friends brother took 3 computers and put them into 1 case and now he has a 123 gigabyte computer so that would very likely work.

I was able to take a Compaq system and put an Asus motherboard, an AMD Phenom x4 proc, and reuse the memory. The front-panel connectors had to be rewired to connect to the Asus board, but this wasn't a big deal. It didn't initially boot up, though, until ditching the 250W power supply for a 450W supply. Just to sum it up, the odds are good you'd be able to. Unless you're doing a comparable (celeron to celeron, etc.) processor swap, factor in a power supply upgrade too. The only problem is that the add-in video card makes this system less stable, so I'm using the Asus on-board video, which isn't as good as the old add-in card I have. That's another gotcha to consider.

Yes -- but there are a lot of "gotchas." Without knowing the specifics of the old computer case and the new parts you want to use, it's hard to be certain that it will work. The best way to learn is to find a local expert to help you do the project yourself -- that way you not only get an upgraded computer, but learn about the process. (The other comments point out some of the possible challenges, such as integrated MB components, power supply compatibility, etc.) "AT" power supplies went out in the very early 1990s; I haven't seen them since 486s were in widespread use. Nowadays, there are many different types of "ATX" power supply -- 20-pin, 24-pin, external 12VDC connectors, SATA and Molex power plugs, etc etc.

Only if the case has a newer ATX power supply.

The older AT power supplies use a different connector. Plus ATX supplies have some added features that are important...

Of course, the power supply itself can be upgraded...

As jeff-o mentions, it depends on the manufacturer of your computer. If your computer is one of the larger brand names (like Dell, HP, etc) you might have limited options. These manufacturers typically integrate everything into the motherboard (such as video, sound, network, etc). These motherboards sometimes are slightly different shapes than standard motherboard dimensions and use different power connectors. If you've purchased a "white box" computer from a local store, your chances are much better you'll be able to upgrade.

Well sure - as long as they fit. Things like DVD drives and hard drives won't be a problem, but a new motherboard (and the cards that plug into it) may not fit. You also need to make sure the power supply is big enough to supply enough power to the new parts.