Winners Announcement Page
The gadgets and toys offered by the monkeys at ThinkGeek are pretty amazing right out of the box. But what happens when you take one nifty product and apply your own geekery?

A little soldering and a handful of LEDs later you might have something really special--a blow on/off USB snowman with iPhone sync and cat noises, for instance. And who wouldn't want one of those!?

ThinkGeek Hacks Contest is open to international entries from a select list of countries. There is no limit to the number of entries per user.

*UPDATE*
We talked things over with the folks from ThinkGeek and realized that you might need some extra time to get your hands on some cool ThinkGeek items to hack, so we've decided to extend the contest an extra week until the end of the day on April 5th.

The ThinkGeek Hacks Contest is closed. 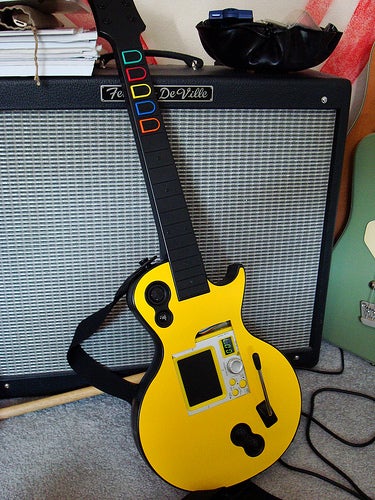 Pimp My Pong by osgeld
13K

$250 gift certificate to ThinkGeek plus an Instructables Robot t-shirt, patch, and stickers.

$50 gift certificate to ThinkGeek plus an Instructables Robot t-shirt, patch, and stickers.

Instructables Robot t-shirt, patch, and stickers.
HOW IT WORKS

Create a new Instructable that fits the guidelines outlined in the contest description above. To be eligible, Instructables must be published between Mar 2, 2009 and Apr 5, 2009 (11:59pm PT).

Upon publishing your Instructable you'll see checkboxes for open contests. Select ThinkGeek Hacks Contest. If you have entries currently eligible for entry, it will also show up by clicking "Enter this Contest" on the right side of this page.

When the winners are decided they will be announced here on the contest page. All entrants will be notified when this happens.